The milestone of medical care at the site of the current Gondar University Hospital was laid in 1920 when Italian Consulate South of “Qusquam” was established. The consulate initially rendered midwifery service. The Italians then built “white only” hospital in Che-Che-la and a recovery center in front of the hospital. Other clinics and health centers established by Italians were all destroyed during the war and only the Che-Che-la hospital remained and served as a sole medical establishment for the 12,000 people of Gondar after the Ethio-Italian war. Che-Che-la hospital was transformed to Gondar Public Health College (PHC) and Training Center (TC) with involvement of USAID, WHO, and Ministry of Public Health in 1954.

The establishment of the PHC and TC was dictated by the pressing and enormous health problems that existed in the forties and early fifties. The aim of the Public Health and Training Centre was improving health of Ethiopians and for training of teams of mid-level health professionals.  This was the start of the philosophy of team approach and community based teaching of health professionals. Until 1960, the Ministry of Health was responsible for the college. 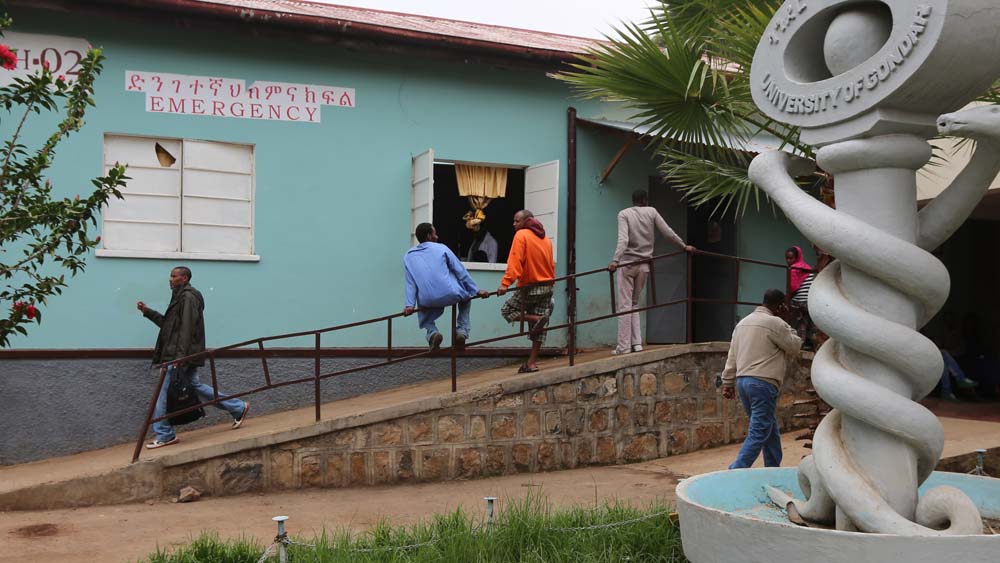